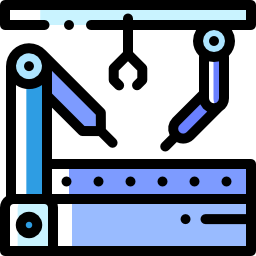 Isothermal titration calorimetry (ITC) can determine all the thermodynamic parameters (affinity, enthalpy and stoichiometry) of a binding interaction (e.g. A + B ↔AB) in one experiment. 1. ITC works by titrating reactant B into reactant A under isothermal conditions.

Concentration: ideally 30 * Kd (e.g. for a Kd around 0.5 μΜ sample concentration should be 15μM around)

Usually working with concentration between 10-30μM

Volume: 1.2ml (ideally for a sample and blank experiments 2.5 ml)

Concentration: 15 to 20 * n * C where n is the stoichiometry of the reaction (A + B ↔AB) where C concentration of reactant A

Volume: 0.1ml (ideally for a sample and blank experiments 0.2 ml)

G. Kontopidis holds a BSc in Chemistry from the University of Ioannina (1991) and MPhil in Biotechnology from Strathclyde University and a PhD in Structural Biochemistry from the University of Edinburgh (2000). He has worked as a postdoctoral researcher at the University of Edinburgh (1999-2001) and at as research scientist in the biotechnology company Cyclacel Pharmaceuticals in Dundee UK (2001-2006). He jointed at 2006 the Department of Veterinary Medicine of the University of Thessaly as Assistant, later Associate and recent Professor and Director of Laboratory of Biochemistry in the same Department. His Research interests focus on the discovery of drugs for proteins targets that are involved in pathological conditions such as immunosuppression, cancer, Rheumatoid Arthritis. Proteins targets includes so far CDK2, CDK4, Aurora, PCNA, B-Raf (anti-cancer), TNF-α (Rheumatoid Atheritis), RANKL (Rheumatoid Atheritis). The publication of new putative drug for PCNA was the cover of the journal of Proceedings of the National Academy of Sciences, which due to its impact became a press release for the University of Edinburgh, UK. Dr Kontopidis' impact in the field of drug discovery was recognized in 2008 with the award of the Bodosaki Prize in Biomedicine and by the Ministry of Education with the Award of Academic and Scientific Excellence in the field of "Targeting Drugs" In 2012.Dr Kontopidis has contributed to 51 peer-reviewed journal articles, 8 review and preview articles and more than 45 conference papers with and an impact of 26 h-index and over 2300 self excluded citations. He has coordinated 5 research national and international funded projects.